BreakingPoint is designed for ease of use and rapid configuration in a variety of network environments. Ixia’s exclusive Application and Threat Intelligence (ATI) service ensures that your test system will evolve along with the frequent changes in the landscape for applications, attacks, and standards. BreakingPoint key features include:

With PerfectStorm, Ixia delivers the first platform to seamlessly unify the IxLoad® and BreakingPoint software applications into a single, more powerful system to ensure the secure delivery of mission-critical applications.

PerfectStorm blades are powered by the XGS12™ Rackmount Chassis. The 12-slot modular chassis is the industry’s highest port density Ethernet test system available. It is the flexible platform that delivers the most comprehensive solution for performance, functional, and conformance testing of network equipment and network applications. 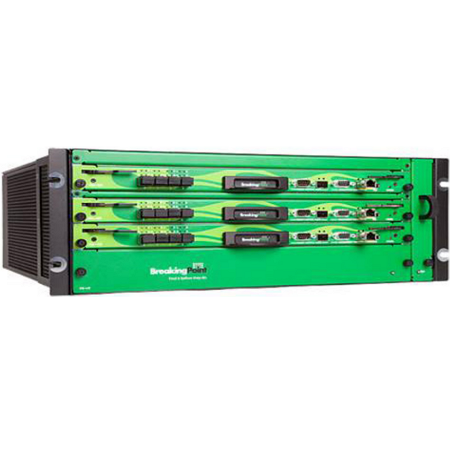